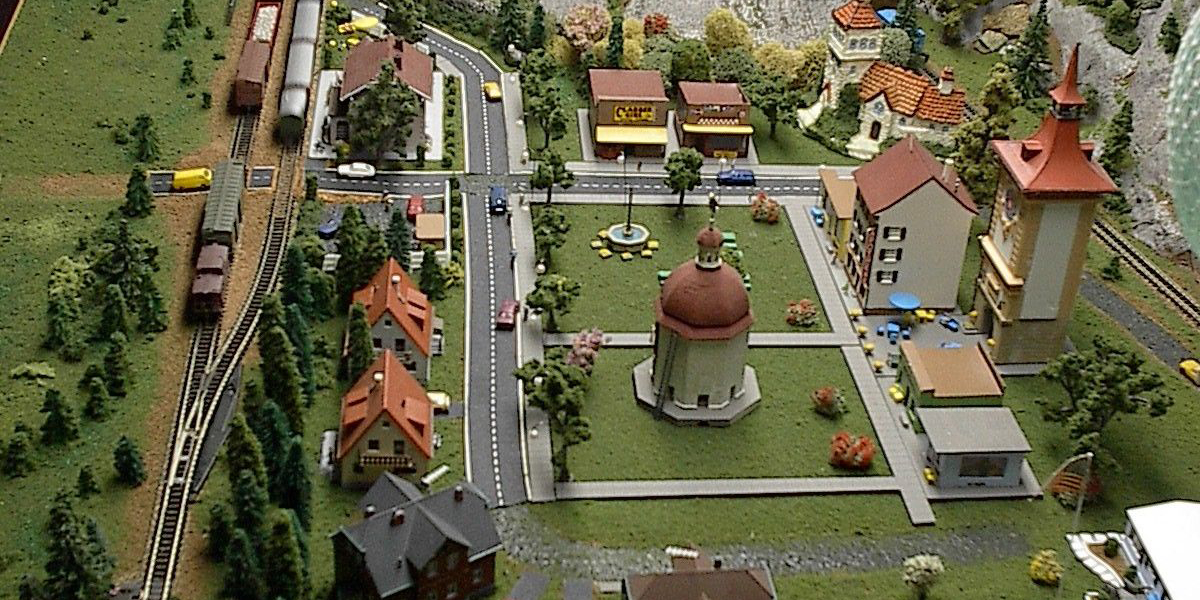 On Monday just before lunch, Susan Brin tripped Connie Christopher as she carried a stack of books to her desk. Connie fell and scraped her knee. Everyone laughed. It was the kind of thing that had happened dozens, perhaps hundreds of times before, a ruthless cycle of hazing that had started during puberty, had continued through junior high and high school. It had taken a break when Connie left Meekersville for college and vowed never to return, but had picked up again when Connie came back after eight years and a failed marriage to take an office job at the same packaging company that employed several of the girls (now women) who had made a hell of her teenage years.

But there was a difference now.

Lacking friends but not irritations in every facet of her life, Susan had since childhood poured her bored creativity and her resentment into constructing intricate models, the tinier the better. Since her ignominious return a year before, she had spent her spare time–those waking hours when she wasn’t at work or crying in bed–constructing a painstakingly accurate Z scale (1:480 for the uninformed) reproduction of the town of Meekersville.

Connie went home after work and surveyed the train set while icing her knee. At Z scale, a football field is about seven inches long, and a two-story house is little more than half an inch high. Just under twenty feet on a side, the model took up the entire two-car garage of the house that she had grown up in, which she had inherited when her mother died. She had built the model on two wheeled platforms that she could push apart to reach the areas at the center of town; without them, she would risk squashing buildings while navigating the half-inch streets as she worked.

She moved the platforms until she had unimpeded access to the model of Susan’s house. There was a two-inch-tall red oak tree in the backyard, complete with a tiny tire swing. In the years before puberty and popularity separated them, Connie and Susan had swung there together. The swing flipped violently as Connie flicked the tree over onto the garage. She went in the house and cried herself to sleep on the couch. At midnight, a freak windstorm toppled the actual tree onto the actual garage, flattening Susan’s Subaru inside.

Perhaps something alchemical had happened as the floods of tears and waves of sublimated rage mixed with the glue and paint that Connie applied to the model. Whatever the cause, any damage Connie inflicted on the model reproduced itself on its real-life counterpart.

Connie had learned of this power several weeks before, when a mishap in installing the new Dollar Bonanza resulted in a large dent in the facade. At midnight, a truck driver had lost control of a semi loaded with auto parts, careening across the Dollar Bonanza parking lot and caving in the front of the building.

Connie had immediately understood the terrible power at her fingertips, but one incident does not make a pattern. The next evening, she had burned down the scale model of a gardening shed belonging to the high school English teacher who had told her she would never be a real writer. The fact that he had turned out to be correct tempered the joy she had felt at midnight, when an electrical fire had broken out in the actual gardening shed. Connie had watched from her dining room window as the firefighters across the street doused the smoldering building. She had smiled a private, sad smile.

The power to exact violent revenge without risk of detection gave Connie a spring in her step. An example: the next Casual Friday, she wore a T-shirt emblazoned with the logo of Märklin, the company that had invented Z scale. At lunch in the cafeteria, shy train enthusiast Demond Morrow approached her.

“Thanks,” she replied, looking around nervously. Conversation in the lunchroom withered.

“I really love Märklin’s Z scale. You can cram a lot into a little space,” Demond said.

They were standing in the middle of the lunchroom. Everyone was watching.

“You’d be surprised how much,” Connie said, glancing around the room at the circling raptors, matching faces with addresses. She could hurt them if they struck. She couldn’t stop them from striking.

“I’m doing a kind of Wild West thing,” Demond said. She despised him for not realizing what was about to happen.

“Everybody can stop campaigning,” declared Monique Lieber, former senior prom queen. “The nerd prom has elected its king and queen.”

Many of those who laughed had also laughed the first time Monique used that particular line, during junior year when Connie had dared to talk to a new boy.

Demond ducked his head and scampered away, but Connie turned to face the scavengers. She locked eyes with Monique and mouthed “I know where you live”–the two had had regular sleepovers in grade school, almost twenty years before, and like Connie, Monique lived in her childhood home. For once, Connie was not the first to avert her eyes.

Connie walked to her car in the early dusk. A voice startled her from the half-open passenger-side window of the car next to hers.

“Why did you come back?” Demond sounded exhausted.

She leaned down to look in his window. Demond was smoking a cigarette, although his grip revealed him to be more accustomed to smoking joints. He didn’t ask her to get into the car, and she didn’t make any effort to.

“Here. Why did you come back here? You got out. You could have gone anywhere.”

“Things didn’t exactly work out for me out there.”

“Even so, why come back? This place was horrible to you. Go somewhere else. Start over.”

“Did you think anything would be different?”

She looked out across the roof of his car. She could see their high school silhouetted against the multicolored sky. The largest building in town, it loomed over everything.

She sighed. “I guess I came back because it’s familiar.”

Demond searched her face, then nodded. She turned away as he started his car. He was gone by the time she got into hers. She could have followed him–she knew where he lived, of course. But she drove home instead.

On the way, she wondered if her train set could kill someone in real life, and whether she cared. She answered the latter question shortly after pulling into her driveway by smashing Monique Lieber’s house flat with a hammer. At midnight, the flaming carcass of a Soviet-era communications satellite pulverized the house. But Monique and her boyfriend had left town for a weekend’s vacation, leaving the first question unanswered.

The next Monday, Connie elbowed her way through the consoling flock of Monique’s friends and stood before her adversary’s cubicle.

“I’m so sorry all your clothes and things got destroyed by that satellite, Monique,” she said. She held out a soft package wrapped in tissue paper. “I hope this helps a little bit.”

Monique stammered her thanks, but Connie was already walking away down the hall. Monique tore open the package, revealing a Märklin t-shirt.

Meekersville continued to suffer seemingly random acts of vandalism that went unrecognized as such; only their timing raised eyebrows and sparked nervous water-cooler speculation. Each incident occurred precisely at midnight.

Lightning struck a transformer outside the home of Andrea Harrison, who had told the junior varsity volleyball team that Connie tried to kiss her in the back of the team bus. (It was true–teenagers experiment–but it was none of the team’s business.) It caused a small fire in Andrea’s greenhouse, which burned down before the firefighters arrived.

Heavy rains caused a sinkhole that swallowed much of Debbie Swider’s garage, which Connie and Debbie used to pretend was their castle and was later where Debbie told Connie that they could no longer be friends.

A fir tree fell in a windstorm and crushed the front porch of Connie’s only high school boyfriend, who had pretended not to recognize her when they ran into each other in the whiskey aisle at the liquor store.

Working on her train set late one Friday night, Connie cursed when the overhead light in the garage burned out. She shoved the platforms out of the way and dragged a ladder under the light. She climbed up, unscrewed the old bulb, and placed it in the round paint tray at the top of the ladder. As she screwed in the replacement, her knee bumped the old bulb, which seemed to fall in slow motion, bouncing off the bottom rung and spinning gracefully onto the nearest platform. It exploded when it landed on the Z scale models of Connie’s garage and house.

Connie looked at her watch as the second hand swept around the face, moving steadily toward twelve where the other hands waited. Thirty seconds. Not enough time to escape.

She jumped down onto the model, crushing several blocks of Meekersville. Twenty seconds.

She stomped on Andrew Sevigny (first kiss) and Ana Reeves (gum in her hair in eighth grade) and David Azar (fake homecoming invitation). Why did no one ever leave? Why did the ones who left always come back? Ten seconds.

A roaring sound filled the air, loud enough to drown out her screams. The worst place to get lost is in your hometown. Five seconds.

She fell backward onto the model, crushing most of the rest of the town. She attempted a snow angel, but she didn’t have time. The second hand joined the others at twelve.