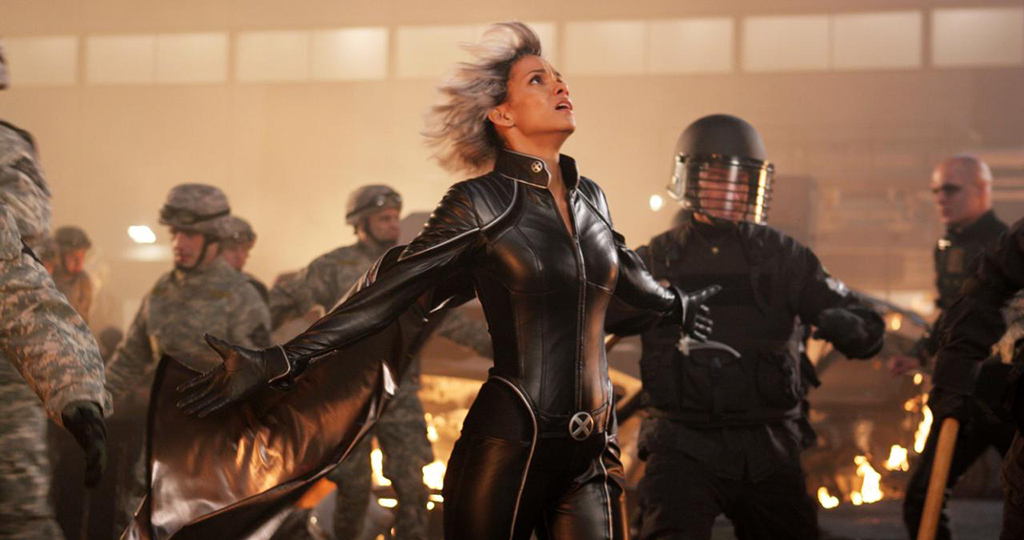 The third installment in the X-Men franchise isn’t what you can call a success, especially coming on the heels of a so-so first film and a nearly perfect second film. My first instinct is to lay the blame at the feet of the director, good cinema’s arch-nemesis Brett Ratner, but I think we can only partly blame him. It’s tempting, of course, to point at him because X2 was one of the best comic book movies ever made, and what changed? The director: Bryan Singer left to direct Superman Returns. However, I suspect that it’s folly to rely on auteur theory when discussing a bazillion-dollar blockbuster. Ratner likely had little to say about casting, the script, the special effects, or any number of elements that didn’t live up to expectations.

Certain things he did have control over, of course: the director’s primary responsibility is the performances, and none was up to the standards set in the second sequel. Other things, like awkward scene setups, a generally somnolent pace, and action setpieces that fail to captivate, are also his fault. Who do we blame, for example, for the fact that it suddenly becomes night between cuts during the siege of Alcatraz at the end? But I don’t know who to blame for the film’s major problem for me: I didn’t care a whit what happened. It never involved me; I was never swept away by the action or the effects on one hand, or by the story on the other. It’s not just a matter of its failing to live up to the standard set by the second film; it’s that it isn’t good enough by any standards.

We learn that scientists have created a “cure” for mutancy, a drug derived from a weird mutant kid (Cameron Bright) whose aura neutralizes powers. This sets off a debate within the mutant community: is mutancy a disease that needs a cure? Is this a harmless, personal decision for mutants to make, or is forced administration of the cure next? Of course, the poles are defined by Professor X (Patrick Stewart), who advises a cautious course, and Magento (Ian McKellan), who sees this as a call to war between the humans and the mutants. In the middle are the rest of the mutants: people like Rogue (Anna Paquin), who hates her powers because they mean she can’t snuggle with her boyfriend Iceman (Shawn Ashmore); and people like Pyro (Aaron Stanford), who relish the opportunity to use them. Magneto gathers an army of mutants and marches on Alcatraz Island, where the cure is being created, while the good guys, their ranks decimated, try to figure out what to do.

I’m guessing that the central dramatic thrust of the film was supposed to be the rekindled but doomed love affair between Wolverine (Hugh Jackman) and the reborn (sort of) Jean Gray (Famke Janssen), but even though I could see that I was supposed to find their story an epic, Shakespearean tragedy, I could hardly pay attention to it. They have few scenes together, and Janssen’s a blank throughout. There’s supposed to be a struggle between the Jean that Professor X (Patrick Stewart) created through brainwashing and the uninhibited, ultra-powerful Dark Phoenix personality, but that struggle is apparent only through special effects—veiny face, eyes that go black, etc.—that are remarkably similar to the “evil Willow” from season 6 of Buffy the Vampire Slayer (although I suppose that Joss Whedon might have derived the evil Willow idea from the X-Men comics).

The Dark Phoenix character is a can of worms that Ratner and company open but fail to address or even think much about. They explicitly link mutant powers with adolescent sexuality (before this, the running subtext seemed to be that mutant powers were code for homosexuality—”Have you ever tried… not being a mutant?”), and they present us with female sexuality, in the form of Jean Gray, as the source of horrific powers that must be contained through brainwashing by Professor X. When she unravels the blocks he’s placed on her powers, she becomes a force of chaos and destruction, dangerous and out of control just like she was as a teenager. In the end, as in her entire life, only a man can control her (acting out of love, of course… right?), this time by killing her. This is a disturbing elevation of the genre’s misogyny, turning what is usually a sidenote into the climax of the film, and nobody involved in making the film thought to discuss its implications.

In general, there’s just too much going on, too many characters to keep track of, and not enough skill at the helm to keep it all together. Important characters drop out of sight, their fates explained away in dialog. Other important characters go unnamed. As usual, interesting characters go unexplored (or vanished between sequels—what happened to Nightcrawler?) while dead wood commandeers valuable screen time (I’m talking to you, Halle Berry). The interest that X2 built up in Rogue (Anna Paquin) fizzles, as she’s got nothing to do here. Relationships between the characters remain exactly where they were at the end of the second, far superior film—with all the talking going on, why don’t we get to know anyone better, or better understand why certain people act the way they do?

It’s called “The Last Stand,” and it packs in a handful of surprises that trick us into thinking that it might be true: several major characters die or become civilians (i.e., not mutants), and the climactic battle seems to wipe out most of the newly introduced characters. But the filmmakers hedge their bets, with some twists at the very end (and make sure you stick around after the credits) that are the equivalent of saying “I’m leaving” while sticking your foot in the door. I just hope it’s not Ratner’s foot.