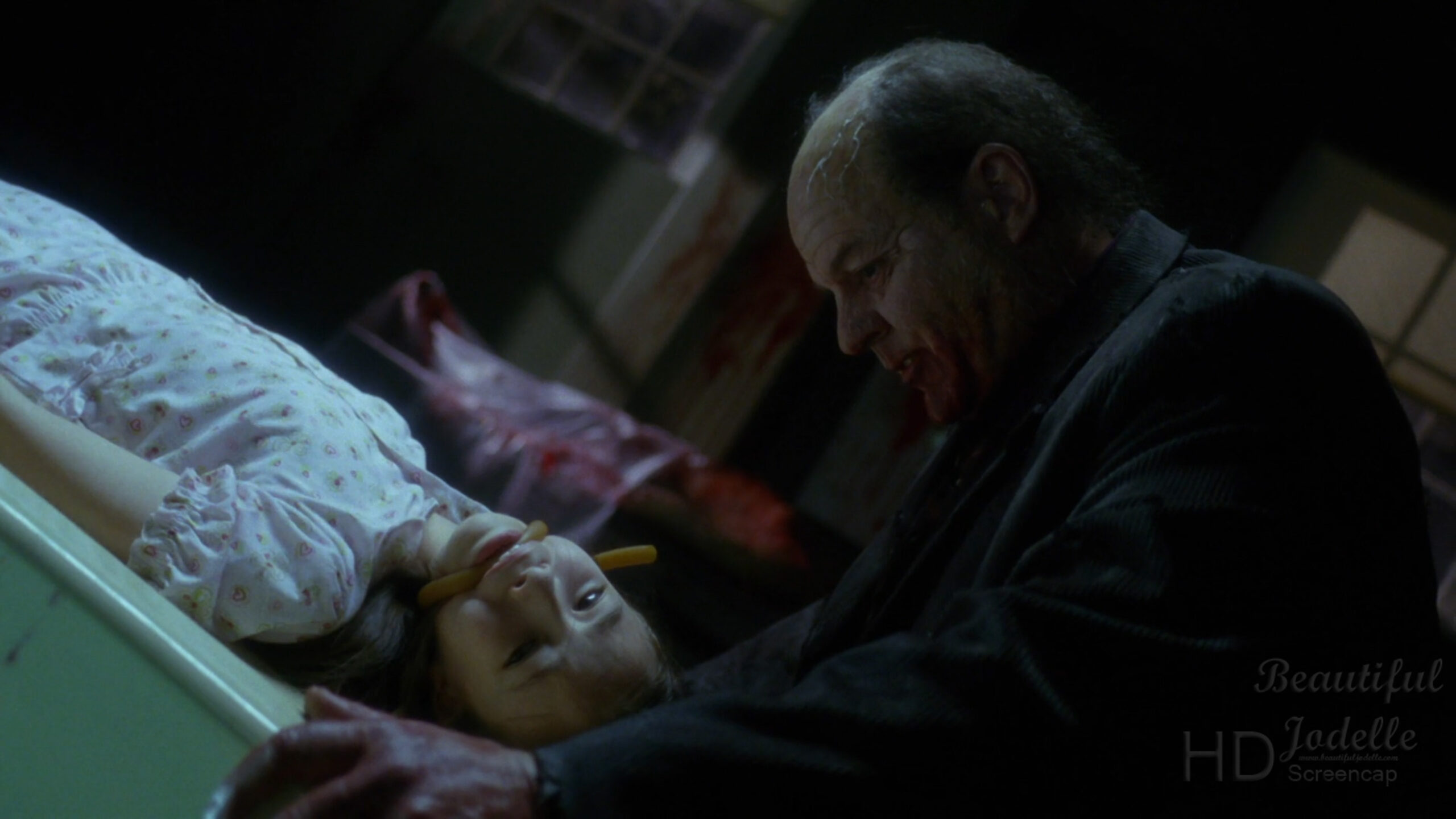 The cinematographer behind most of Spike Lee’s early masterpieces might not be the first person to pop into your head when you think of “Masters of Horror,” but I suppose Ernest Dickerson did direct Tales from the Crypt: Demon Knight, so perhaps that qualified him in Mick Garris’s eyes. Garris, the producer and mastermind behind Showtime’s groundbreaking “Masters of Horror” series, also wrote this episode, whose title is mostly wasted—I was expecting some kind of pun—and whose tonal shifts destroy what starts out as a damned good vampire movie. Sorry, I mean v-word movie.

Two friends, Justin (Branden Nadon) and Kerry (Arjay Smith), get sick of playing horror video games and decide to play a game of who has the biggest balls. They visit the local horror-movie funeral home, intending to get a look at the dead body of one of their classmates. When they arrive, they find more than they bargained for: a vampire (Michael Ironside) kills Kerry, who returns from the dead and kills Justin, who isn’t so happy to be a creature of the night.

It has so much promise at the beginning. Garris, who I’ve never thought of as a screenwriter, nails the friendship between these two young men. They tease each other easily and realistically, comfortable enough in their friendship to trade jokes about their different races (Kerry is black, Justin is white), their obnoxious families, their prowess at video games. And the genre-affirming scene inside the funeral parlor is amazing, with enough old-fashioned chills to satisfy a purist and enough subtle toying with the rules to please a true fan of the genre. My favorite moment was when crazy organ music began to play softly on the soundtrack, like one might hear in an old horror film—and then one of the boys says “Where’s in the hell is that music coming from?” It’s deliciously scary and smart, even after the vampire reveals itself, but excusing some misfires—I thought for a moment that Ironside had a gun or something, because there’s a shock cut that sounds like a gunshot. And even after Justin escapes to a home covered with a darkness no number of lamps can frighten away, and Kerry shows up…

Then all the explaining, agonizing, and exposition starts. “You have to eat your dad—I won’t eat my dad—but you have to eat your dad because he’s a bad father—but I won’t eat my dad because he’s my dad.” Yawn. I’m heartily sick of repentant, mooning vampires who struggle with themselves. Any day, give me vampires who are monsters, like Kerry ends up; I’d much rather see the movie that the ending implies. Other things go to pot too: the score, suitably ominous early in the film, takes on a sort of horror-disco vibe, probably to convey “excitement.” Ironside returns to the film, mugging unbearably as the umbrella-toting vampire erstwhile child molester teacher, carrying too much unnecessary backstory and one of the film’s many tonal shifts.

It could have been a great short film, shorter than the 58 minutes allotted by the television format. Dickerson shows some of that cinematographic flair, at least for a while, that he hasn’t seemed able to muster as a director. The effects are first-rate, better than most modern zombie movies, and they’re used to both horrific and comic effect, mostly when necessary. But Garris’s script can’t live up to its inspired beginning, and neither the cast of mostly unknowns (aside from Ironside) nor the guy at the helm can make up for its eventual collapse.