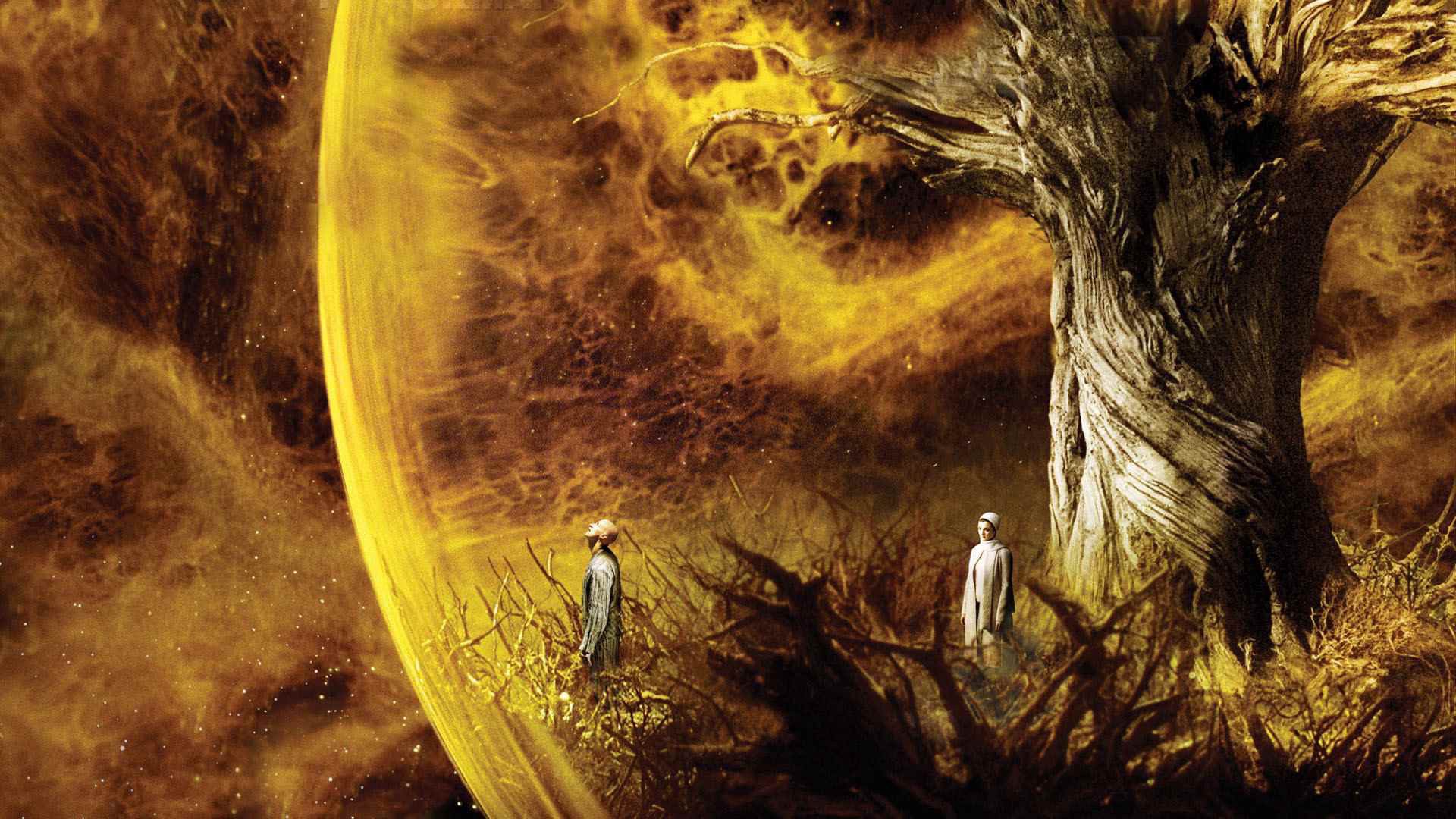 Darren Aronofsky’s The Fountain is many things, but primarily it’s a film about love. Countless films address the same topic, or use it as a framework to tell a story, but few are as passionate and insistent in their focus. This isn’t the superficial love of pop songs; it’s not cynical Ghost-style manipulation. It’s a naked, fearless film about Love and Forever, with strident capital letters, about a fierce, time-defying love that connects one couple through a thousand years of history. It’s also a poignant mediation on how missed chances can echo forever. It’s also a bold artistic statement from a director who has never let a limited budget stand in his way. It might not always make perfect sense, but it’s the best film of the year, the most moving and romantic film to come out in a long time.

Five hundred years ago, a conquistador named Tomas (Hugh Jackman) vows to the Spanish Queen Isabella (Rachel Weisz) that he will travel to Central America and find the Tree of Life so that they can live together forever. In the present day, a neuroscientist named Tommy Creo (Jackman) is frantically trying to find a cure for cancer to in time to save his wife Izzy (Weisz), who is dying of a brain tumor while attempting to finish a novel about the conquistador and his queen. In his desperation, Tommy turns to some bark from an “old growth” Central American tree, with surprising results. Five hundred years in the future, Tommy floats through space in a sphere containing a gigantic tree, traveling toward a distant nebula as the events of the past thousand years haunt him. According to the film, the Mayans believed that this nebula was their underworld; its location had helped Tomas find the Tree of Life; now Tommy is traveling there so he can be with Izzy forever. After 1000 years, Tommy has learned patience; he does Tae Bo in front of a blanket of stars, and tattoos rings on his skin to remind him of how long he’s waited, and how he can wait a little while longer. “Finish it,” Izzy’s voice echoes. “We’re almost there,” he replies.

Some of the Eastern elements of future-Tommy’s world are poorly integrated, and this prompted an involuntary guffaw when future-Tommy and past-Tomas’s stories connect in an unexpected way. I wish the sap from the Tree of Life didn’t look like Elmer’s Glue. I wish Aronofsky hadn’t gone with the cheap, artificial tactic of suspense-building music just before the beautiful scene on the roof in the snow. There are significant problems with the past segments of the film: Weisz seemed a little lost as the Queen, forced, as she is, to shoulder a little too much iconographic burden, and the segment lacks the kind of circular resolution that the other segments have. The love between Queen Isabella and Tomas the Conquistador would more properly be called worship, which is part of love but not all. What’s missing is tenderness, which develops during the present-day segments. Whatever problems the film might have are all but forgiven here. Their scenes together are almost unbearably tender; it’s as if we’re intruding on private moments between them. Aronofsky’s camera caresses Weisz; his adoration for her is palpable and catching. If she didn’t seem up to the earlier segments, she blossoms here. And Jackman shines as well, delivering one of the finest male performances of the year.

If Aronofsky owes a lot to other films, most obviously Stanley Kubrick’s 2001: A Space Odyssey, the specific vision and scope are all his. Many of the amazing special effects were created not via CGI, which Aronofsky felt (rightly) would ruin the film’s timelessness, but via micro-photography of chemical reactions in petrie dishes. This is simply brilliant: first, because the resulting effects have a vivid three-dimensionality that CGI effects often lack, and second, because the very method of creating the effects ties in with the themes of the film. Aronofsky’s limited budget, cut in half after an earlier attempt starring Brad Pitt fell through, is a blessing in other ways. The exteriors are limited, forcing creative transitions between times and places.

I feel like, unlike so many films, The Fountain rewards repeat viewings; there are elements here, thought out in incredible detail, that I missed the first time but I picked up on when I saw it again the next morning. I liked how even in the cold laboratory settings of the present-day segments, Tommy walks through pools of warm, golden light, tying together the torchlight of the past and the nebular light of the future. At first it seemed out of place, but made sense when I thought about it as future-Tommy working through his memories. I liked how the same triangular pattern of the star system with the nebula in the center kept popping up in the set decoration and shot framings, and also how the starburst pattern from Tomas’s shrine to his queen kept showing up in much the same ways. But most of all, I loved how it made me want to believe in forever. There’s not a trace of cynicism here, just incredibly honest and emotional filmmaking that’s not afraid to slip up in its pursuit of something beautiful. It’s cinematic poetry in an age when poetry is considered quaint.