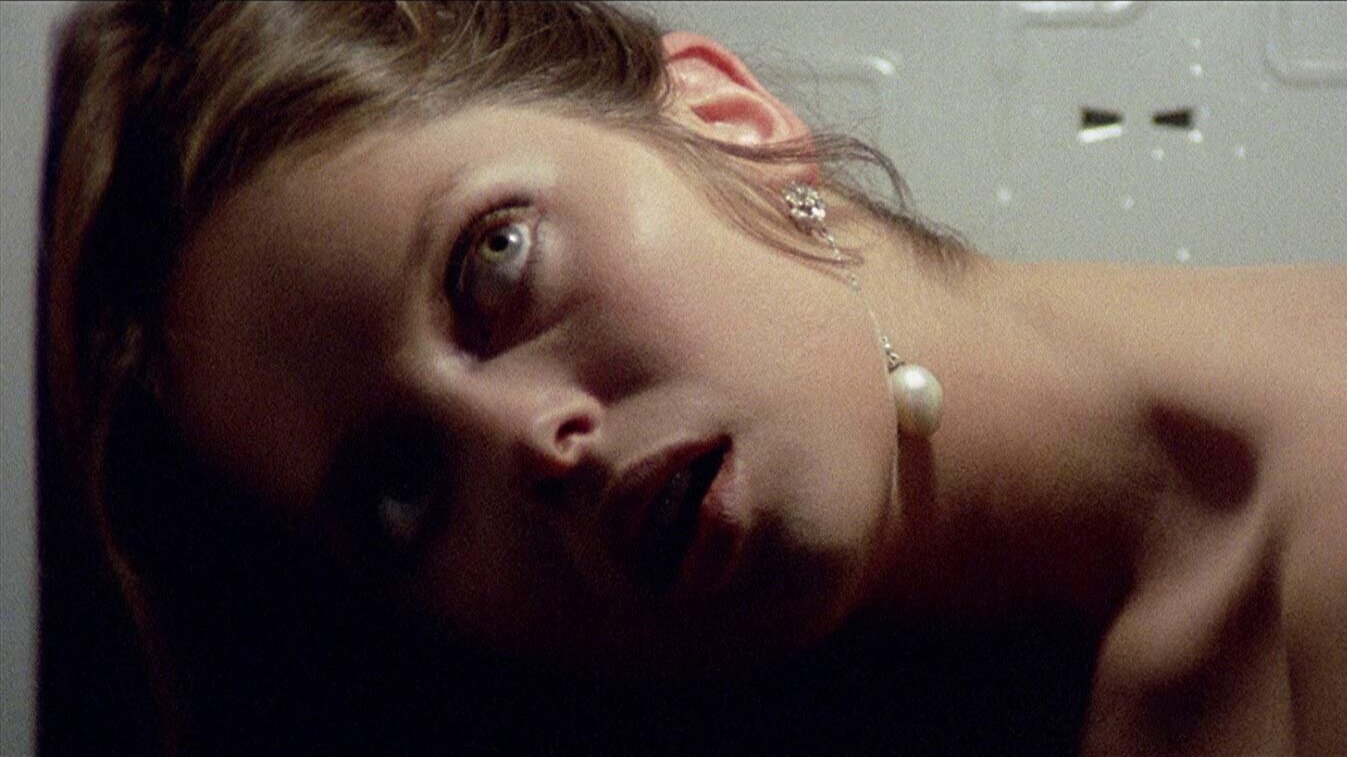 This early giallo film from Aldo Lada boasts one of the most shocking endings I can remember. Giallo (Italian for yellow) was a genre of films that were popular in the 1960s and 1970s in Italy. They were basically exploitation films, horror/mysteries featuring plenty of nudity and extreme violence. Such luminaries as Dario Argento, Mario Bava, and Lucio Fulci got their start on gialli before moving into other genres. These films were an important influence on American slasher films, for better or worse. I’m not really surprised that they influenced such Important Artists as Stanley Kubrick (see below, but not if you hate spoilers); these were basically Italian B-movies, and the history of B-movies developing into art and influencing mainstream films is a long one. They usually featured excellent camera work and good scores, often by Oscar-winner Ennio Morricone.

Anyway, about this film, which is an archetypal giallo. A body is found in a park in Prague. It turns out to be Gregory Moore (Jean Sorel), an American reporter. The problem is, he’s not dead, but he can’t convince anyone else of that fact. We hear his thoughts as he frantically tries to remember the events of the past few days that led him to his current predicament. The only thing saving him from the autopsy knife is the fact that his body is still warm, at least for now. The film presents those last few days in fragmented order, as Gregory’s memories piece together into a coherent and pretty shocking whole.

It started with the disappearance of his girlfriend Mira (Bond girl Barbara Bach) from their bed one night. She disappears without taking any of her clothes or luggage, but the police refuse to believe that there has been foul play. Gregory vows to find her himself, and he enlists the help of his colleagues. Jacques Versain (Mario Adorf) is a big and likable reporter who sounds sort of Scottish. He believes Gregory’s wild theories, at least to a point. Jessica (Ingrid Thulin), on the other hand, believes that Mira simply ran out on Gregory, sort of like Gregory did to Jessica in the recent past. She behaves very suspiciously, and she’s one of many people you will find yourself accusing of nefarious deeds before the end of the film. Gregory uncovers clues that seem to indicate a rash of similar disappearances, but the police and all potential witnesses are completely unwilling to talk to him. He gets deeper and deeper into the mystery as mysterious forces conspire against him, setting him up for murder and worse.

There’s more going on here than a simple slasher film (spoilers possible). Lado has constructed a pretty interesting allegory about totalitarian governments, like the one ruling Czechoslovakia at the time this film was made: they are vampiric systems in which the old and rich suck the life out of the young. This is where the Stanley Kubrick tie-in comes: there is a shocking and amazing scene depicting a Satanic rite/orgy in which withered old men and women draw the life force out of nubile young women, of which the missing Mira is one. Kubrick lifted this scene almost exactly for his final film, 1999’s Eyes Wide Shut.

The structure, of the dead man recounting how he ended up dead, recalls Sunset Blvd. There is probably a tendency to look at exploitation films as hack-jobs created by untalented filmmakers. This couldn’t be further from the truth, at least in gialli. The films I’ve seen have all featured good pacing; this one seemed to drag a little for a while, as Gregory filled us in on the events soon after Mira’s disappearance, but these stretches were punctuated nicely by the suspenseful scenes in the morgue. The cinematography is excellent, despite the fact that cinematographer Guiseppe Ruzzolini hated the film because he was used to working on prestige pictures. The acting is one of the low points in gialli; most of the actors are a little wooden, and the dubbing (it appears that actors delivered their lines in their native language, and then the whole film was dubbed) is a little iffy at times. However, Fellini did his dialog the same way, so it’s not like exploitation films were alone. This isn’t the best giallo I’ve seen—that would be Argento’s The Bird with the Crystal Plumage. But it’s a good start.

The film’s nonsensical title is an interesting story in itself. Lada wanted to call it Malastrana, which is the name of the district in Prague where the goldsmiths live. His producers thought it was confusing, so he called it “Short Night of the Butterflies,” an allusion to the butterfly theme that runs through the film. At the last minute, because another horror film was released whose title referred to butterflies, the film was rechristened Short Night of Glass Dolls. It bugs me that the Internet Movie Database files it under Malastrana, since the film was never released anywhere with that title. As a friend pointed out, if they’re going to be nit-picky like that, why isn’t Return of the Jedi filed as Revenge of the Jedi?