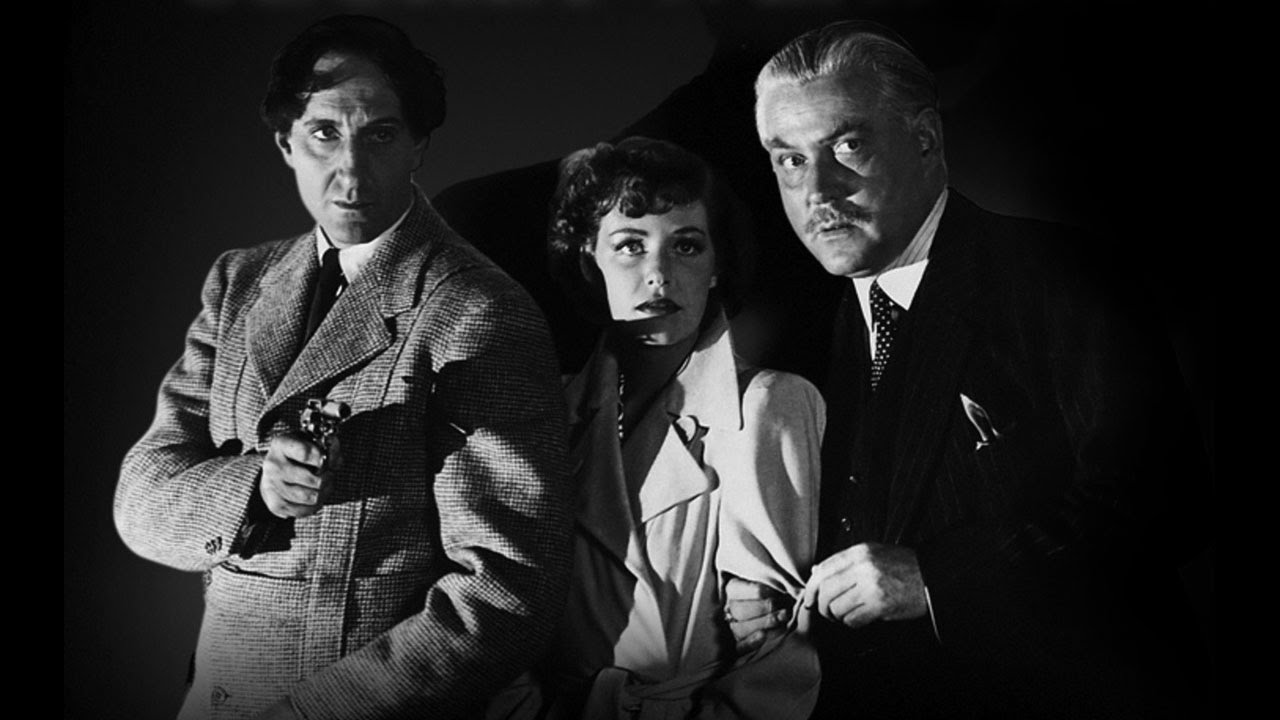 It took Universal a while to get a handle on their modernized Sherlock Holmes movies. After Fox’s two films, The Hound of the Baskervilles and The Adventures of Sherlock Holmes, Universal took over, making the undercooked Sherlock Holmes and the Voice of Terror, which squandered a great opening sequence. This was their second outing, and it still doesn’t show much of the poise of the Fox entries or of the later Universal films. It wasn’t until the next film, Sherlock Holmes in Washington, that all the elements come together.

In this film, which is more boring than bad, the Nazis are at it again. This time they want a top-secret bomb sight developed in Switzerland by Dr. Tobel (William Post Jr.). They’re intending to kidnap him with the help of an elderly bookseller who has Tobel’s trust. However, the Nazis don’t realize that the bookseller is in fact Sherlock Holmes (Basil Rathbone) in disguise (one of the better makeup jobs so far in the series). Holmes hatches a daring and successful plan to fool the Nazis and get Tobel out of the country. Back in England, Holmes leaves Tobel in the care of the not-always-dependable Watson (Nigel Bruce), whose vigil is interrupted by a deep sleep. Taking advantage of this, Tobel sneaks out to visit his girlfriend Charlotte (Kaaren Verne) and hatch a plan to make sure the Nazis can’t get their hands on the sight even if they capture him. He disassembles it into four parts, leaves one part with each of four Swiss scientists in London, and uses an elaborate code—stick-figure dancing men, taken from the film’s source, Arthur Conan Doyle’s story “The Dancing Men”—to record who has which parts. He’s pretty sure the Nazis will get to him—and he’s ensuring it by running around like a fool—so he wants Holmes to know where the parts are in case of trouble. Of course there’s trouble, and it comes in the form of Holmes’s arch-nemesis, Professor Moriarty (Lionel Atwill). Moriarty wants to sell either the invention or the inventor to the Nazis, and he quickly gets his hands on Tobel.

The plot hinges on Holmes and Moriarty racing to find the secret of the code. Both men quickly figure out the identities of the first three scientists, because Tobel’s code isn’t that tough. But the identity of the fourth man is hidden by an extra layer of coding. One flaw in the film’s attempt to modernize Holmes is the way in which he discovers the secret message, even after Moriarty has stolen the paper on which Tobel wrote it. Tobel used a pad of paper and a pencil, and anyone—even The Dude in The Big Lebowski—knows that all you have to do is rub a pencil lightly over the next sheet down, and the message will appear in relief. Well, that’s not enough for Universal’s modern Holmes. He uses an elaborate system, immersing the paper in fluorescent salts, drying it, and photographing it in ultraviolet light to reveal the hidden message. I suppose he was never a boy scout.

Another flaw of the film is how Holmes interacts with Moriarty. Lionel Atwill, who was no stranger to being a bad guy, does a good job as Moriarty, the right combination of charm and thuggery; he makes a much better Moriarty than, say, George Zucco did in The Adventures of Sherlock Holmes. But Holmes doesn’t seem to take him very seriously. The most boring section of the film is the leadup to the first meeting between the two. Holmes, in disguise as an escaped criminal, goes from gin joint to speakeasy to thieves’ den, asking where to find the big guy. This sequence goes on far too long; Roy William Neill, who directed the lion’s share of the films in this series, has some visual signatures that crop up again and again, and his “many shots of walking feet” trick gets stale unless it’s used in very small bits. The fact that Holmes saunters in unarmed, aside from a small knife, shows that he puts a little too much faith in Moriarty’s sense of theater—the criminal mastermind would never simply shoot his enemy; instead, he would concoct an elaborate death scene, something that saves Holmes in their second, even sillier meeting in this film. The one thing of interest in their second meeting is Moriarty’s comment, “The needle to the last, eh Holmes?” This is a reference to Holmes’s cocaine addiction, mentioned a few times in Doyle’s stories but mostly dropped from the films.

As I said, it’s more boring than bad. The cinematography is good, as it usually is; Rathbone and Bruce are stellar as always; they finally found a suitable Moriarty in Atwill. But the pacing is slack, the big mystery not mysterious enough, and the showdowns between Holmes and Moriarty a bit too silly for my taste. Still, it’s an improvement over the first Universal outing, and the series picked up after this.