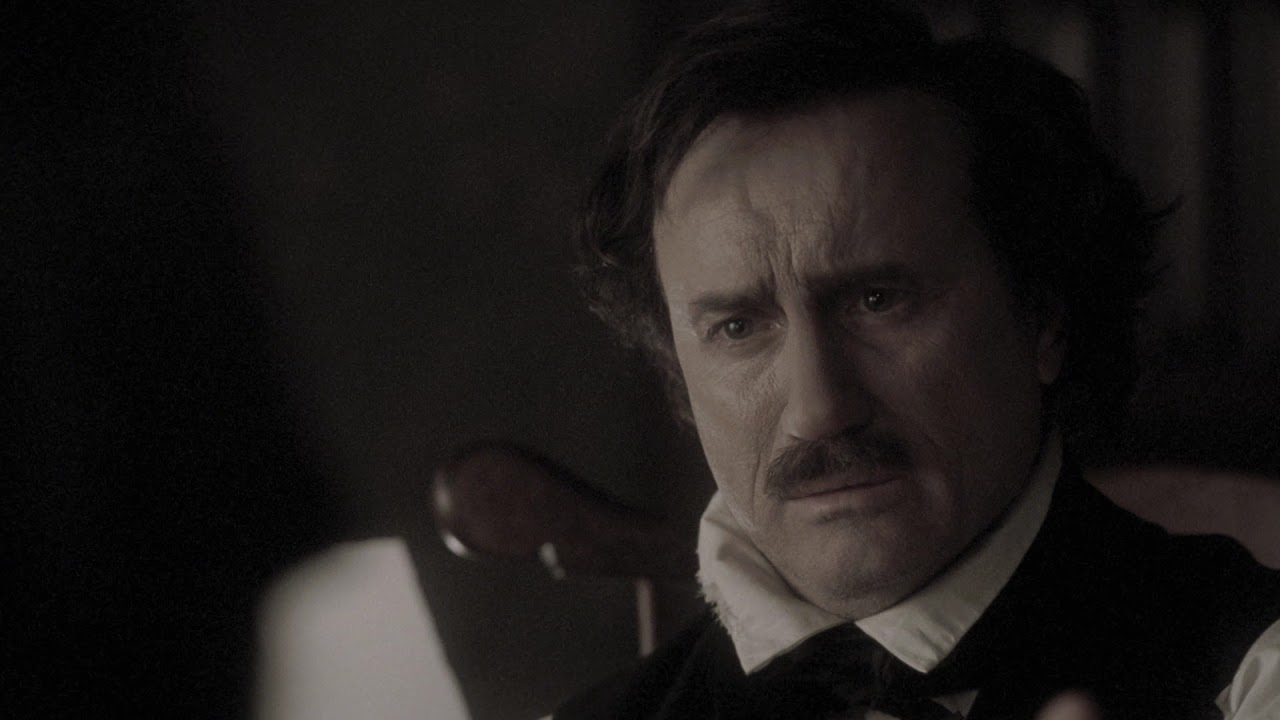 Inventive adapter of macabre literature Stuart Gordon’s earlier Dreams in the Witch-House was already one of the highlights of Showtime’s acclaimed “Masters of Horror” series, but he outdoes himself in this “adaptation” of several of Edgar Allan Poe’s stories, logging one of the two best episodes—the other being Joe Dante’s Homecoming. It’s a rousing good time, a treat for Poe fans, and an authentically creative use of the short format imposed by the series. It’s also completely, utterly historically inaccurate, but that’s almost part of the fun.

Edgar A. Poe (Gordon regular Jeffry Combs, uncannily resembling the real thing) would like to be known as a poet, but his poems fetch him pennies from publisher George Graham (Aron Tager), a miser whose cataract-clouded eye makes him resemble the victim of one of Poe’s most famous stories. Graham wants more gory horror stories, and he gives the author an advance, which Poe promptly converts to booze at a local pub before getting tossed out on his ear. Back at home, his young wife Virginia (Elyse Levesque) is selling her beloved piano to pay the rent—and, incidentally, she’s dying of tuberculosis, which is revealed in a stomach-churning yet beautiful scene where her song is interrupted by a coughing fit. Her beloved “Eddie” has to write a killer story to earn enough to pay a doctor. Complicating things is the fact that his wife’s black cat, Pluto, seems to be trying to drive him crazy, admittedly a short trip.

Gordon and co-screenwriter Dennis Paoli borrow liberally from Poe’s stories—including, but certainly not limited to, “The Cask of Amontillado,” “The Raven,” “The Tell-Tale Heart,” and of course “The Black Cat,” although I don’t claim to have caught all the references—and also from the popular misconception of Poe as a drug-crazed sot who drank away his talent and his life. They weave semi-fact, fiction, and hallucination into a swirling, exceptionally watchable story where neither we nor Poe is ever quite sure whether we’re seeing things that are actually happening or just Poe’s delusions. Combs delivers a brilliant portrait of a proud but misunderstood man who attempts to keep his composure under immense pressure but is thwarted at every step by his own weaknesses of mind and heart (and a cat that refuses to die). He reminded me, oddly, of Buster Keaton, who kept his stony exterior even when the world was falling apart around him, except Combs’s Poe is tested by assaults both physical and mental.

Unlike many of the entries in the series, this film looks fantastic. Compare cinematographer Jon Joffin’s work here with the clownish, TV-looking We All Scream for Ice Cream, which immediately preceded this episode in the series’s original run. This looks cinematic, gothic, and authentic, a shabbily dusty reproduction of Jacksonian-era lower-middle-class life. I can only attribute the fine combination of story, performance, and production to Gordon, whose ability to create atmosphere has sadly been ignored, as he demonstrates most of it in the ghetto of horror films. It’s a ghetto where I’m happy to spend a lot of my time; I only wish more people were so inclined.