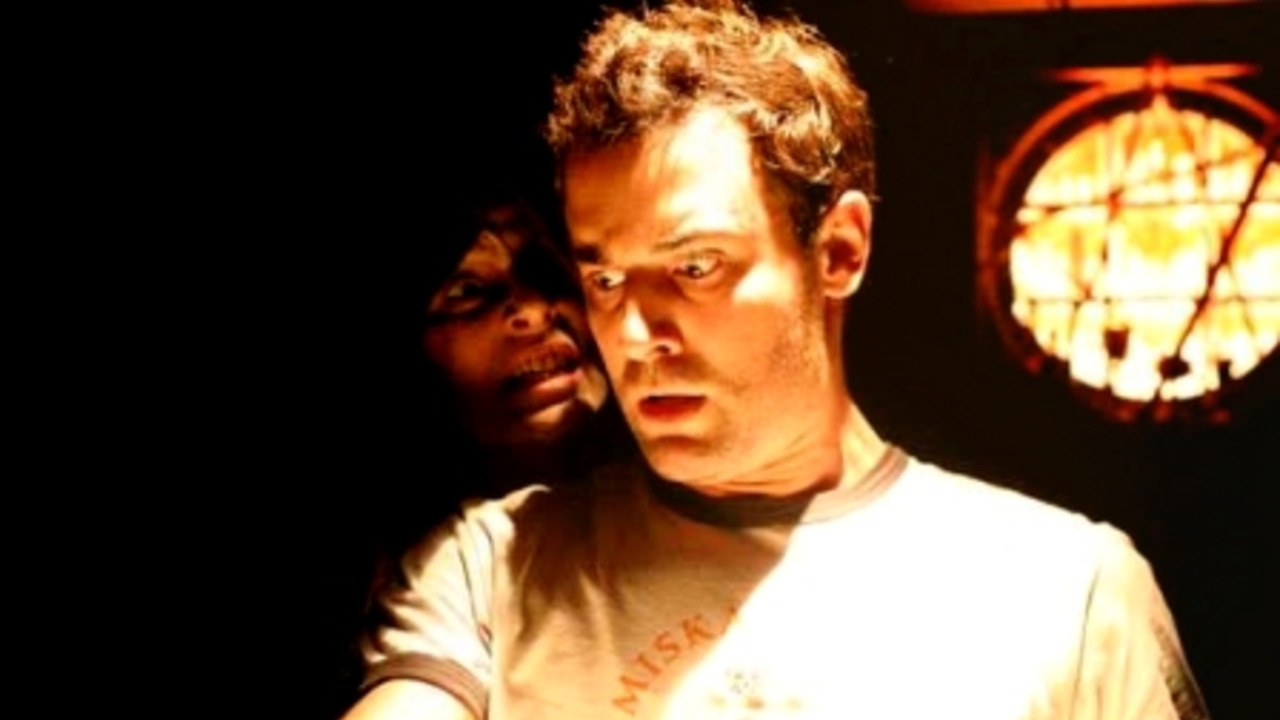 Horror-film director Stuart Gordon has attempted, more than anyone, to bring the stories of H.P. Lovecraft to the screen. That all of his previous attempts have been unsuccessful isn’t a surprise, as no one has been able to translate Lovecraft’s particular brand of horror into film. The surprise is that this short film, part of Showtime’s groundbreaking “Masters of Horror” series, is probably the closest anyone has come to succeeding. It’s not perfect, and its early comedic tone, as dark as it might be, isn’t right, but its midsection and stunning finale are worthy of being called Lovecraftian. (This, even if most Lovecraft lovers admit that the story itself is pretty weak.)

Graduate student Walter Gilman (Ezra Godden) is unfortunate enough to be studying string theory at Miskatonic University. He takes a room in a creepy old seventeenth-century house so he can get some quiet study time, but as soon as he moves in he’s distracted: by the crazy old codger on the first floor who does ritual penance by chanting and banging his head on a desk; by the screams of his hot neighbor Frances (Chelah Hordal) because a rat is attacking her baby; and by visits from a shape-shifting witch who seems to want to involve him in some nefarious ritual. He doesn’t get much studying done.

Given the limited budget of a TV series, it’s surprising how great this looks. One of my favorite Lovecraft characters is resurrected here, and faithfully: the rat-creature Brown Jenkin. Lovecraft describes him, “it had long hair and the shape of a rat, but that its sharp-toothed, bearded face was evilly human while its paws were like tiny human hands.” And the makeup crew delivers just that. The blood effects are realistic, there’s ingenious use of colored lights behind wallpaper screens to illustrate the gate between universes, and the sets are all incredibly, authentically bedraggled. I especially like the construction of that particular corner of Walter’s room, where Euclidian geometry fails and allows a bridge between worlds.

The story is updated, and I think improved, with the setting limited to the house and the characters drastically reduced, both on the human and the non-human sides. Gordon smartly updates Walter’s particular kind of science but doesn’t stray at all from the spirit of Lovecraft: the story was inspired by a lecture by Dutch mathematician Willem de Sitter (a colleague of Einstein) who posited what came to be known as dark matter, and this film updates it to string theory, which, in a scene that’s both amusing and accurate, makes Walter sound like a nutcase when he tries to explain it to a psychiatrist. Anyone trying to explain string theory in a loud voice would sound like a lunatic.

Sure, the comedy isn’t Lovecraft—old H.P. didn’t have a sense of humor as far as I could tell—but otherwise this film seems to get him like no others I can remember. There are some nice references to other Lovecraft works, especially when Walter exclaims “This house is infested with rats—I can hear them in the walls,” summoning one of Lovecraft’s best stories, “The Rats in the Walls.” And most importantly, there’s the horrible mystery of the darkness that surrounds us, a universe or universes that contain things we can’t begin to understand, where our mathematics and our explanations break down. They might come in the form of a standard-issue witch and a rat with a human face, but those are just avatars for something a lot more awful. Gordon succeeds because this film suggests that horror.