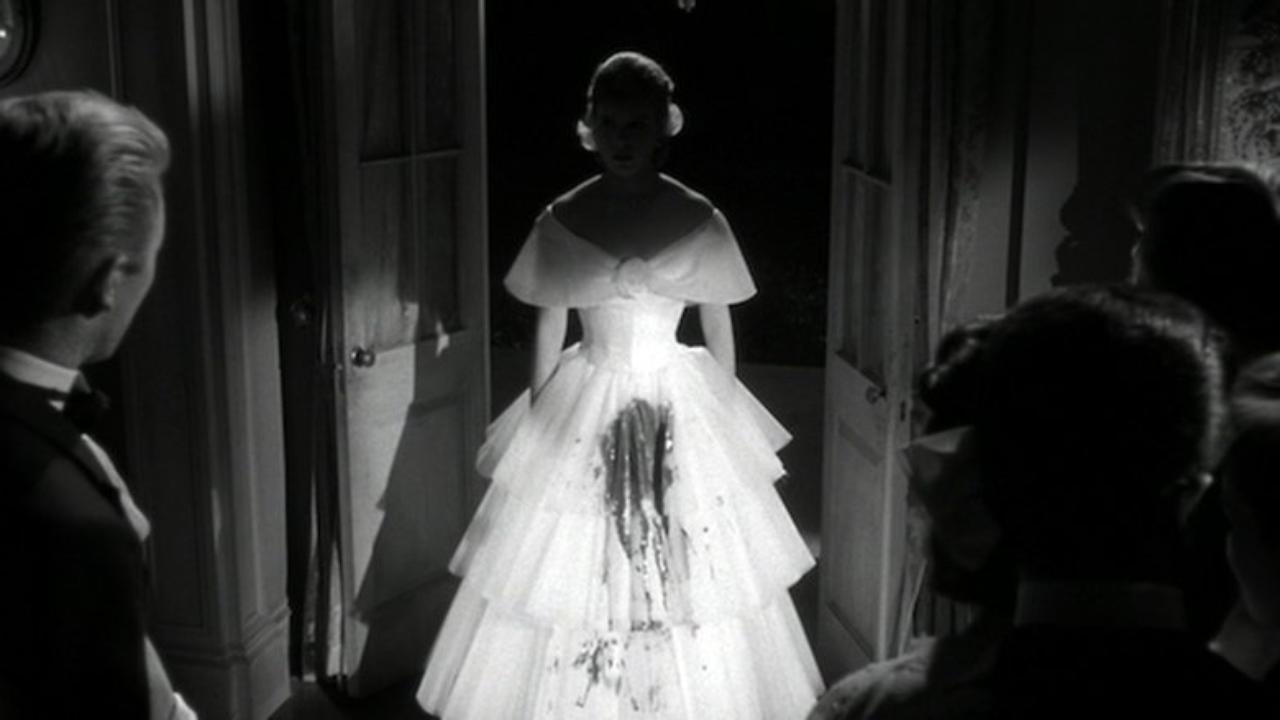 A 30-year-old murder hangs over Robert Aldrich’s follow-up to his Grand Guignol classic Whatever Happened to Baby Jane?, unseen by me (but this film makes me want to see it). This film is bonkers—full of heady Southern Gothic decadence, histrionics from just about everyone involved, and severed body parts that pop up at the most inopportune times. The past, it says in a voice that veers between a suggestive whisper and a shriek, is never past. Not even the dead stay buried. It’s like Tennessee Williams and Flannery O’Connor got together to chronicle the rich devouring each other. Aldrich described his film as “cannibalism in Dixie,” and while that’s not literally true, it’s true enough.

Bette Davis is Charlotte Hollis, a semi-deranged Southern Belle who is widely believed to have gotten away with the murder of her lover, John Mayhew (Bruce Dern), when he decided not to leave his wife for her. In the film’s opening scenes, we see her father, the corpulent Big Sam Hollis (Victor Buono), threatening Mayhew’s life unless he keeps his paws off Charlotte. There’s more than fatherly concern in Big Sam’s glinty eyes; a strong hint of incest underlies every scene in which he appears with Charlotte or even thinks about her. At a ball put on by Big Sam, Mayhew is to inform Charlotte that he’s staying with his wife. However, someone chops his head and hand off with a big meat cleaver. Charlotte appears drenched in his blood, and although she’s never convicted, she spends the next 30 years as the crazy lady in the decaying mansion, the Lizzie Borden of Louisiana.

I really liked some of Aldrich’s touches, his ways of making little details speak volumes. My favorite came just after the murder, when Charlotte is walking, almost sleepwalking, into the ballroom covered in John Mayhew’s blood—which seems pooled in her lap, as if to suggest, without saying it, a miscarriage. Was there more to their relationship than meets the eye? It was common practice for wealthier families to send their daughters overseas when they became pregnant with illegitimate children. Was it just to avoid publicity that Charlotte was shipped off to England soon after the murder? I think it’s all supposed to suggest that she was pregnant, and Aldrich, because of the strictures of the times, had to conceal this fact.

When she loses her land to developers, her cousin Miriam (Olivia de Havilland) and her longtime doctor (Joseph Cotten) try to keep her from going off the deep end, but the past has a tendency of rearing its ugly head. Charlotte starts to see visions of the dead Mayhew; she hears him playing the sweet ballad he wrote for her (which gives the film its name and which, in the imaginations of the local kids, is turned into “Chop Chop Sweet Charlotte,” a tune as creepy as the hopscotch song in A Nightmare on Elm Street).

Aldrich keeps us on edge with lots of high-angle shots and ominous lighting, inviting us to decide whether Davis is really crazy by treating us to her subjective reality. There’s a great “vision” scene where she’s back at the ball, dancing with her father and Mayhew, but all the other dancers are faceless—their faces are obscured by white masks. The revelation of the big secret (as if there were just one in a movie as tangled as this) is handled in a deliciously underplayed, matter-of-fact way, instead of being burdened with cataclysmic orchestral crashes and zooming closeups. For a movie that’s so full of chiaroscuro lighting, dizzying camera angles, and general weirdness, Aldrich does a great job of keeping a lot of things low-key. The look of the film is flawless, and the cinematography by Joseph F. Biroc and set design both received Oscar nominations.

Davis is simply great as Charlotte. She’s almost feral, cozy and friendly one minute and a screeching dervish of angst the next. Her movements are unsure, her facial expressions like those of someone who has to think about how to make them. Putting her in baby-doll dresses and pigtails, with her craggy, saggy face peeking out of the middle, was brilliant, and the film received a deserved Oscar nomination for the costume design. De Havilland and Cotten do a great job letting the slime and hate that underlies the Southern hospitality leak out. Agnes Moorehead, who was nominated for Best Supporting Actress, is the only obviously bad thing about the film: she’s a screeching blend of Quasimodo and the Wicked Witch of the West, all pouting lips and hissing and awkward body movements. She’s the only part of the film that goes over the line into camp.

The film was supposed to re-team Aldrich, Davis, and Joan Crawford, who had appeared in Baby Jane and actively campaigned against Davis’s Oscar nomination for that film, but the legendary feud between the two grand dames of Hollywood culminated in Crawford playing sick until Aldrich gave up on her. (The lengths to which these two immensely talented women went to ruin each others’ lives is amazing, and is detailed in a book called Bette and Joan: The Divine Feud.) Aldrich convinced de Havilland to take over after Katherine Hepburn, Vivien Leigh, Barbara Stanwyck, and Loretta Young all turned him down.